Warmer temperatures will just melt the snow and ice, so you don’t need to clear your roof, right? Unfortunately, that’s a common misconception among homeowners. Allowing ice and snow to accumulate on your roof can be damaging to your home. In severe cases, it can even cause your roof to collapse, especially with the heavy, wet snow we get here in the Pacific Northwest. Wet snow can weigh six times more than light, powdery snow. When it snows here, we typically see the same pattern year over year: snow melts during the daytime and then freezes overnight. When this happens, ice dams can start forming on the roof.

An ice dam is a ridge of ice that forms at the edge of your roof. This formation prevents water from the melting snow to drain off the roof, causing water build-up behind the dam. When water builds up on the roof, this puts your home at risk of leaks and damages to the ceilings and insulation. Here, we’ll go through our top seven tips for cleaning snow and ice off your roof safely.

First and foremost: roofing is a dangerous job, and it’s even more dangerous when the roof is covered in slippery ice and snow. Like everything in life, get a professional to do a dangerous job rather than doing it yourself. Professional roofers have the proper safety gear that’s required for a roofing job, and they’re trained to use it appropriately to ensure the job is completed in an effective manner.

Although we recommend hiring a professional, there is one caveat: these types of services run on an hourly basis. Depending on the degree of difficulty and depth of snow and ice on your roof, the hourly rate can vary from $90 to $150 an hour per person.

If you’re still inclined to do it yourself and you must clear your roof from snow after what we mentioned above, take precautions to avoid a fall. When the roof is covered in snow and ice, it makes for an incredibly slippery and dangerous situation, so you’ll want to make sure you’re prepared with safety gear such as a harness and non-slip, waterproof boots before you make a trip to your roof.

In addition, when you’re raking or shoveling roof off your snow, be careful to avoid any overhead power lines.

Make sure you’re shoveling or raking your roof as routinely as possible. The rule of thumb is to clear your roof of snow every six inches of snowfall to prevent too much from piling up. As we mentioned above, the heavy, wet snow we get here in the Pacific Northwest typically weighs six times more than the dry, powdery kind of snow you’ll find elsewhere in the country.

Traditional snow shovels are made from metal. However, you’ll want to avoid using a shovel with a metal edge and find one that has a plastic or rubber edge. This is because metal edges are more likely to damage your roof.

The same can be said about roof rakes for snow. You’ll want to use a rake with rollers or bumpers that will raise the blade from being in direct contact with your shingles. Using this kind of rake will prevent your shingles from getting damaged. After all, the last thing you want is a damaged roof when the snow is melting.

If you’re looking for a quick way to dissolve snow and ice on your roof, don’t look to salt products. Putting salt products on your roof can discolor your shingles. In addition, the salt products in the molten snow will kill plants and grass once it reaches the ground.

You may have also heard of heated cables that will help melt snow and ice on your roof. While these sound like a great quick solution to preventing ice and snow buildup on your roof, they’re fairly expensive to run in addition to being minimally effective. In fact, they don’t actually prevent ice dams from forming. Instead, they’re designed to create a small open tunnel under the ice damn to allow built-up water to drain.

6. Keep people from standing beneath your roof’s overhang

One inch of snowfall weighs approximately one pound per square foot—and that’s just the weight of light snow. The wet snow we have here is six times heavier, so when you’re cleaning roof off of your snow, make sure there’s no one standing beneath the falling snow and ice. You’re removing the snow and ice from your roof because it’s heavy, and you’re alleviating your roof from the stress of that extra weight.

Make sure to let your household know not to be in the surrounding area where you’ll be removing the snow and ice from your roof.

7.  Start cleaning from the bottom up

When it’s time to start cleaning, you’ll want to first start with your overhangs. Cleaning your roof from the bottom up will prevent you from creating snow paths that will eventually harden and turn into ice later on. If, by any chance, you create compacted snow as you get on top of your roof, you’ll need to remove that compacted snow since it will turn into ice overnight as the temperature drops.

Cleaning snow and ice from your roof is a dangerous job, and we recommend hiring a roofing professional who will be equipped with the necessary safety gear. However, if you plan on doing it yourself, you’ll want to take special safety precautions to avoid injuries or falling off your roof. Look for a snow rake or shovel with a plastic or rubber edge to avoid damaging shingles. You’ll also want to clear your roof every six inches if you want to prevent ice dams or every 12 inches if you want to prevent a roof collapse. Another thing to keep in mind is that you’ll want to avoid using any salt products on your roof because they will not only discolor your shingles, but they will also kill your plants and grass once the molten snow reaches the ground. Before you start clearing your roof, make sure you let people know to avoid the surrounding area of the job to avoid injuries. Lastly, you’ll want to start cleaning from the bottom up to avoid creating snow paths that will turn into ice once the temperatures drop.

If you have any other questions about cleaning snow and ice from your roof, give us a call at (360) 794-7164 or fill out our contact form for a free estimate in Seattle, Olympia, Bellevue, Snohomish, or the surrounding areas.

Word on the street

This is the second roof I have done thru state roofing. their roofers are professional do a great job and when they are done you would never know they were there. The cleanup is superb. The person who did my quote took the time to look at the roof and find that he could save me a lot of money because my roof was already sheeted, other companies just assumed it was not and quoted over 10,000 higher. I was very grateful.

The workers did a fabulous job, very professional. In a much shorter time frame than I expected. Very pleased with the whole experience. Thank you for my beautiful new metal roof!!! Also, Aaron was always available whenever I had questions, really appreciated that. Fantastic customer service, always called to let me know when they would arrive. Would recommend State Roofing to anyone who needed a new roof, did both my house and garage. Very Satisfied customer.

Everyone we dealt with were very professional, knowledgeable & were very eager to make sure we understood what we were paying for along with the entire installation process. Someone contacted us through every process. We'd highly recommend State Roofing for your roofing needs.

State Roofing did a wonderful job. Everything came off just the way I wanted with very little scope creep. They were fast, polite, and cleaned up after themselves every day. They even blew the leaves off the deck! I highly recommend them to all my neighbors and friends. Truly worth every penny.

We had a deck, a porch and entry stairs rebuilt by State Roofing. The sales person was polite and imaginative, the job boss was well-informed and creative - with our benefit in mind, and the craftsmen that performed the work were considerate of our home, our yard and our personal space, as well as solid in their workmanship. When we contacted the office to arrange and coordinate scheduling, the people we talked to were attentive and helpful. The work exposed some needed minor repair work that hadn't been anticipated, which was performed quickly and efficiently. The total project was finished... 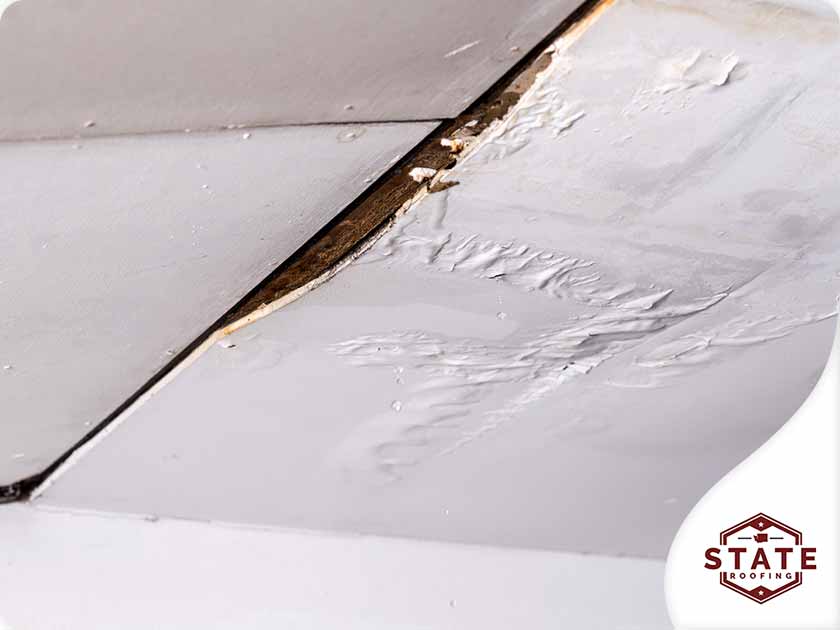 3 Signs Your Roof Decking Is Damaged
Amy Andrews
High winds, driving rain, heavy snow loads and UV rays can all cause your roof shingles to wear out faster than they should. But that’s not the end of the[...] Read More 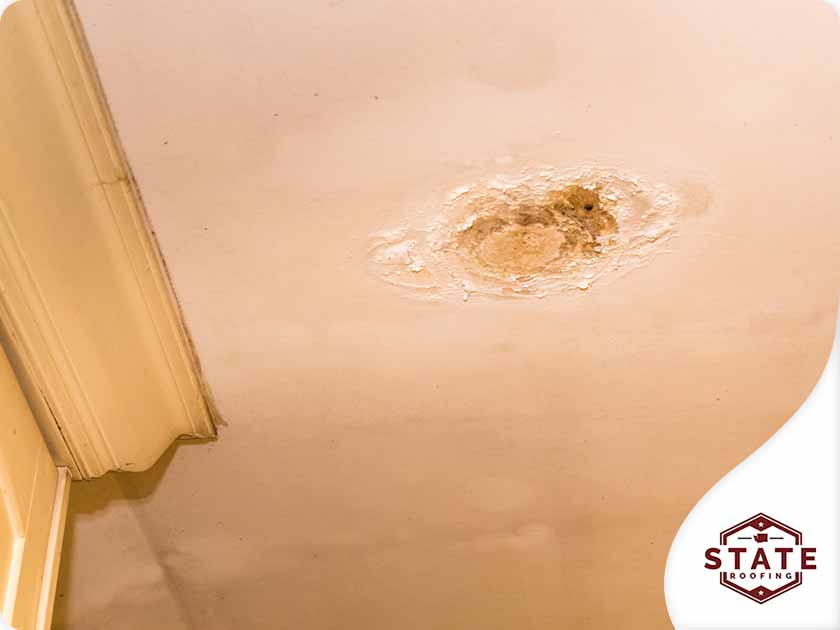 The Impact of Humidity on Your Roof
Amy Andrews
Too much humidity in your home can lead to a variety of issues, including discomfort, interior damage, and mold and mildew growth. But did you know that your roof can[...] Read More 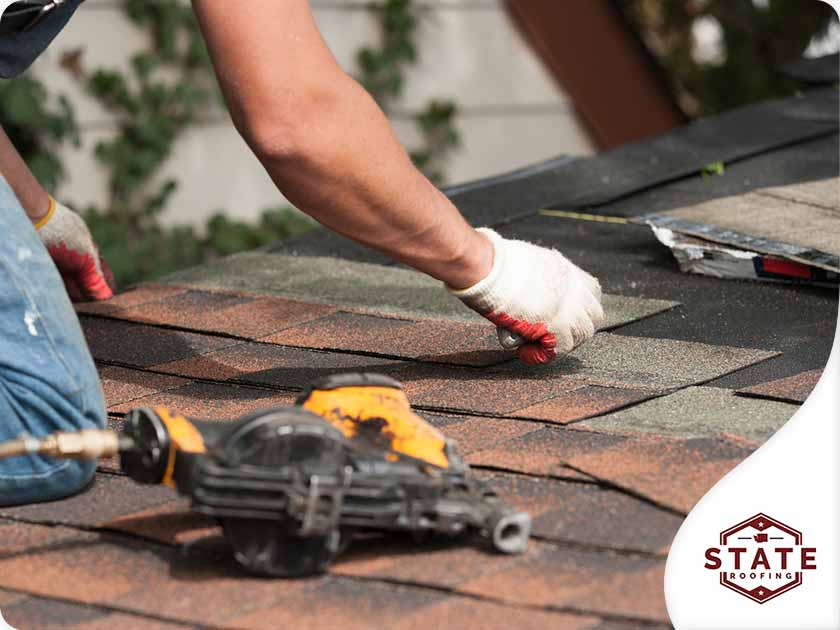 Should You Replace Your Gutters Along With Your Roof?
Amy Andrews
Your roof and your gutters play crucial roles in keeping your home dry and free of moisture damage. These components of your home’s exterior, after all, are your first lines[...] Read More
View all posts
CONTACT STATE ROOFING

Accredited with an A+ rating from the Better Business Bureau and a recipient of the prestigious Silver Award for “Family Business of the Year” from Seattle Business Magazine, State Roofing is the award-winning company that helps you protect your home and the loved ones inside.

For questions or to schedule a complimentary quote, please call us or fill out our contact form.